Happy 30th birthday to ME!

I’ve pretty much been celebrating all month long. You only turn 30 once!

My golden year was pretty amazing. My husband & I did something we’ve been talking about pretty much since we got married (almost 4 years ago, can you believe it?!?). We moved out of South Florida. It happened super fast, too. It was like “Hey, we’re thinking about moving. Hey, we’re gonna move. Hey, we moved.” It was about 2 months from our scouting trip to our move in date. We had been praying about the decision for months & when it was finally go time it was GO GO GO! Only God could have orchestrated such a smooth move for us. My husband is thriving in his new job & we are getting settled nicely.

There were other changes that occurred between last September & this one, but in all of that here’s how I did with my goals:

I really enjoyed having these goals for the past year. Sometime along the way I also made a vision board for our family. I’m looking forward to setting more personal & family goals for 2019.

PS: I made that cute belly badge I’m wearing in the first pictures with my awesome new Cricut! My husband totally surprised me with it. I’m already starting to work on Christmas crafts!!!!

I learned that term from my friend, Ryan. It’s the year that your birth date is also your age. I intend to live it up & make it my best year yet!

Here are 29 things I’d like to accomplish my 29th year:

Happy Birthday to ME!

This week is full of celebrations!

So many birthdays this week. Several of my friends have birthdays around this time. 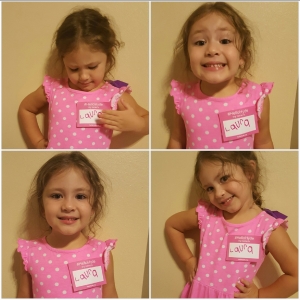 However, these are not the biggest celebrations of the week.

The biggest celebration is on Friday, the 40th anniversary of the Hyde Amendment!

For almost a year now I’ve been working with Secular Pro Life on a special project, #HelloHyde.

Enacted in 1976, the Hyde Amendment prohibits federal funding of abortion through Medicaid. It has received BIPARTISAN support every year since. This election year, it is under attack.

We are putting faces to the statistics thrown around by both sides. The abortion lobby says that the Hyde amendment oppresses poor women.

We say that 1 in 9 of these people would not be alive if it weren’t for the Hyde amendment.

So what the abortion lobby really mean is that 2.13 million people would have been killed if it weren’t for the Hyde Amendment.

My parents immigrated to the US from Communist Cuba while my mom was pregnant with me. My mom was never going to abort me, but if Medicaid did cover abortions, how many women in similar low income/limited resources situations would feel pressured to ‘take the easy way out’? Would someone have tried to talk my parents, poor immigrants without a penny to their name, into aborting me for free?

Abortion affects many generations. My niece & I are both Medicaid Kids, & I am currently pregnant, though not using Medicaid. Just because our parents were experiencing hardship around the time we were born, doesn’t mean we didn’t deserve the right to life.

How is repealing the Hyde Amendment NOT socioeconomic discrimination?

The Hyde Amendment shows women that might be facing less-than-desirable pregnancies that they CAN do it, & there are programs that can help.

Thank you to the Charlotte Lozier Institute  & Dr. Michael New for their study. The data was also broken up by state. Here’s Florida’s number:

On Friday, September 30, we will be having a tweet fest. We encourage Medicaid kids to share their picture with the name tag found on hellohyde.org. We encourage anyone who’s not a Medicaid kid to retweet as much as they can & share the graphics.

See you at the party on Twitter! Happy 40th birthday, Hyde!

What’s next now that the anniversary has passed? Read here for the next phase of our mission!